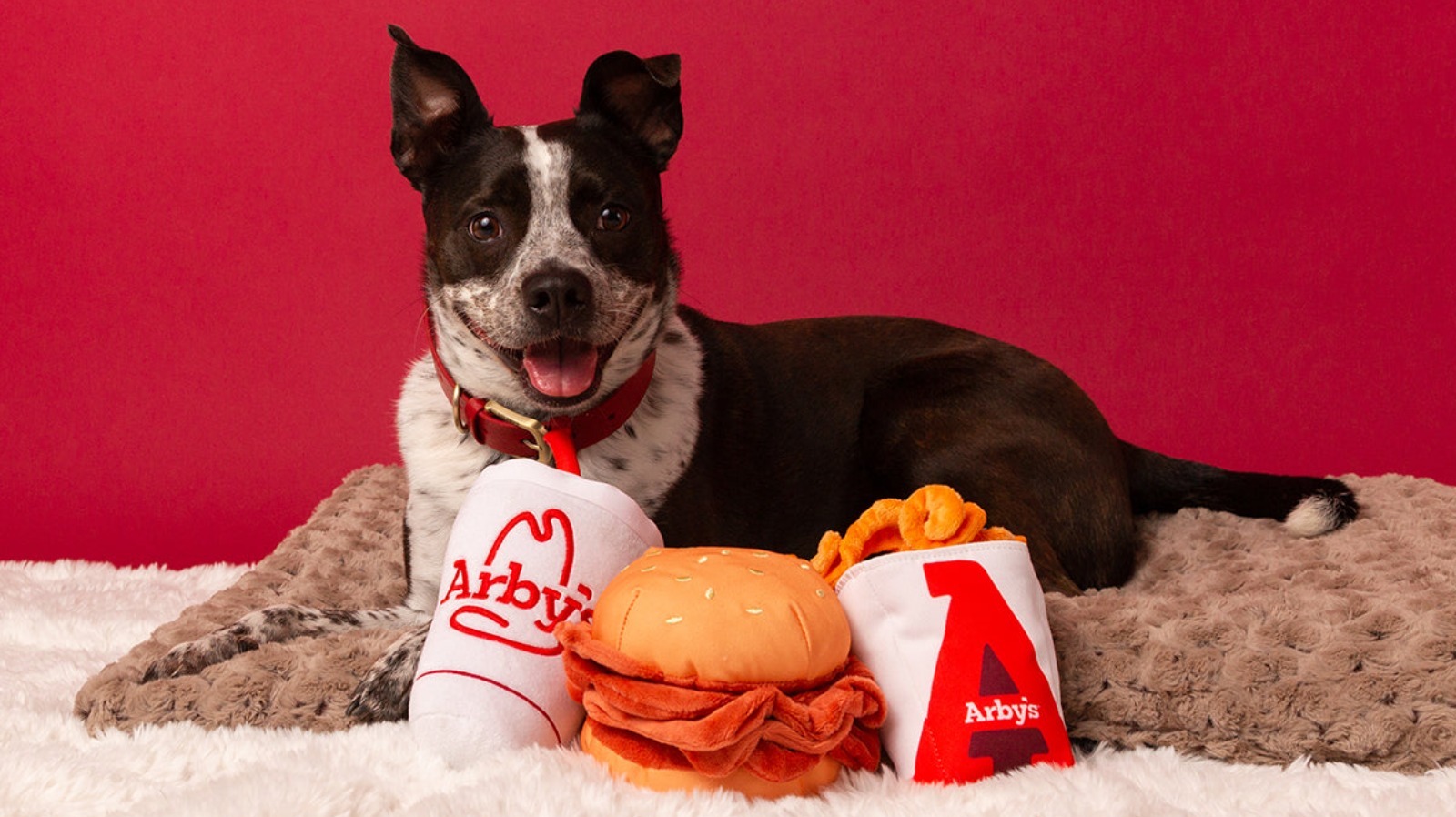 When Arby’s announced its new Pet Plushies on National Pet Day (April 11), many dog parents jumped for joy — even if those squeaky sounds might get a little stale down the road. On the Arby’s Instagram post about the product line, many commenters expressed that their dogs would love the toys. One even questioned if they were meat-scented, which could be both a positive and a negative for pet owners. Aroma aside, as long as the toys don’t also come with a side of the meat sweats, it seems likely that dogs will give them two paws up. After all, one viewer said that their dog gave them a curious stare when they overheard the squeak-filled video about the new toys.

Others had constructive criticism about the squeaky trio. A few people wondered why cats were left out of the Pet Day promotion, while another wished that the discontinued Arby’s potato cakes would return — both as a toy and as a permanent menu item at the chain. If Arby’s ever decides to expand its line of pet toys, it certainly has customer feedback in support of one particular type. As one Twitter user put it, “Even my dog wants potato cakes.”