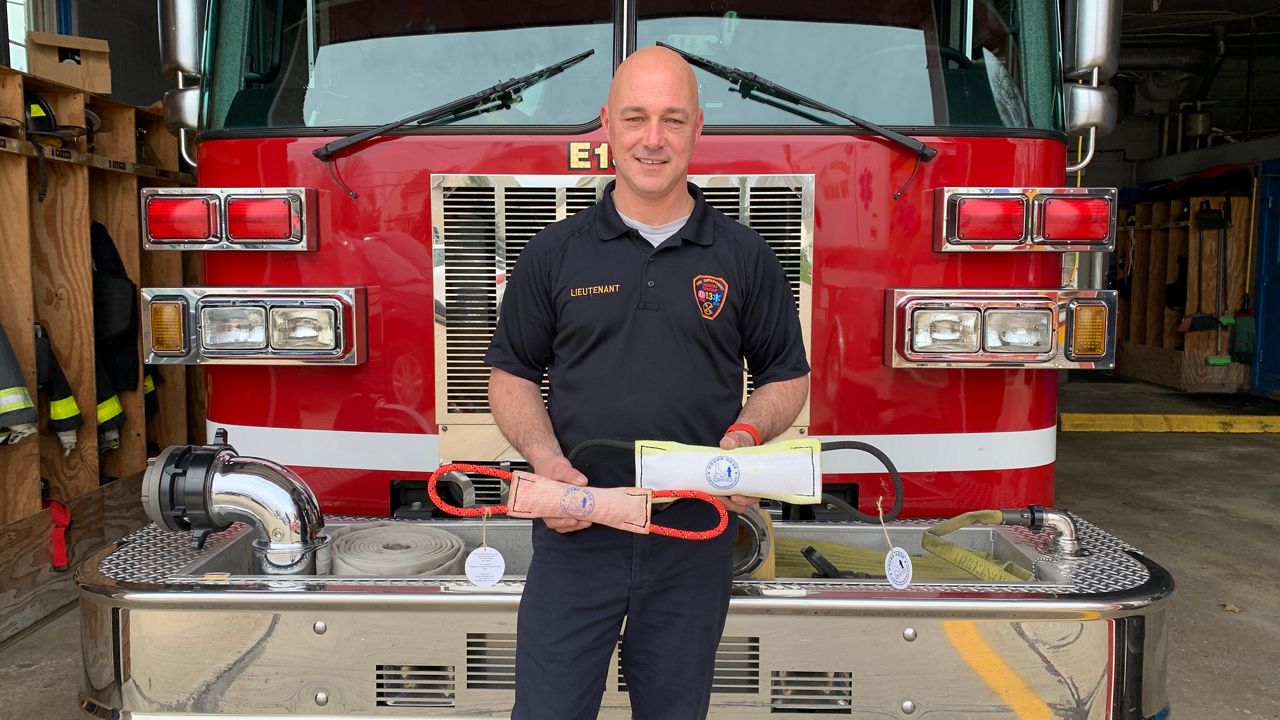 PERRY, Ohio — Michael Fearing has been a firefighter for more than 30 years.

What You Need To Know

He said a typical fire hose lasts 10-15 years. They get pressure tested each year and if they fail; they have to be replaced.

Over the years, Fearing has watched thousands of feet of used fire hose enter landfills.

“I’ve probably disposed of miles and miles of hose. And it was always like, it’s kind of heartbreaking,” said Fearing, a lieutenant at the Concord Fire Department. “Why are we, you know, we’re putting this into landfills and it cost taxpayers a lot of money to begin with and, of course, things wear out right? You can’t get around that, but just always brainstorming like what can we use this for?”

Being an advocate for the environment, he got creative. Instead of adding to the already full landfills, he works to keep material out.

In 2019, he launched Hound Hose. He takes old firehoses and repurposes them into handmade dog and cat toys. He ships worldwide and is always looking for more wholesaler partnerships.

Scientists estimate that material like fire hoses can take hundreds of years to break down. By giving it a new life, Fearing hopes to make some positive change.

“Everything can be upcycled and repurposed,” said Fearing. “And we’re really firm believers in repurposing things. We do it in our lives and then with our products.”

In his day job as a firefighter, he sees a lot of destruction. He said his side job is his escape.

“I get to do this and actually sleep at night, which is a nice change sometimes. So yeah, this is the retirement plan,” said Fearing. “Someday, that’s the big picture. Ultimately, a big shop selling lots of Hound Hose with all the different styles. And we have firefighters, police and veterans as our employees.”

He works with a fire hose that was once used to save a life, it’s now helping save the planet.

“We need to take care of our environment and keep things good and pretty and nice and healthy for the next generation,” said Fearing. “We’re making a little micro-step with what we’re doing with these Hound Hoses. But it’s a start, right? And if we save a little bit and prevent, you know, a couple 100 feet of this fire hose from going into a landfill, we’re doing our part and you know, we’re happy about it, we feel good about it.”